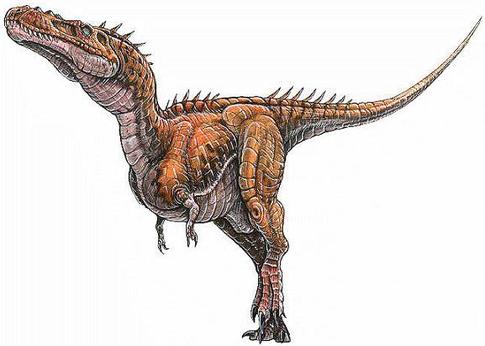 Alioramus was a mid-sized tyrannosaur. No adult skeleton has been found, but they are estimated to be just over 20 feet in length and would have weighed about 1,500-2,000 pounds. Alioramus had a very distinct skull. The front of it's snout had a row of 5 small crests. These crests were probably for display. Alioramus lived in Asia about 75 million years ago.