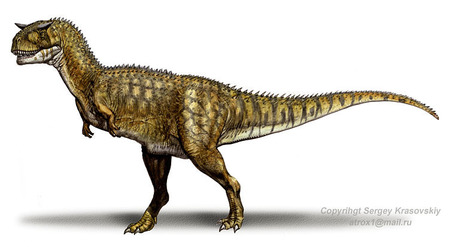 Carnotaurus is one of the largest abelisaurs yet discovered. It was up to 26 feet long and weighed nearly 2 tons. These dinosaurs lived in South America roughly 75 million years ago. Carnotaurus was made famous for it's appearance in the Disney movie Dinosaur. Here it was inaccurately portrayed as being a T-rex sized animal. In reality, it was only about half that size.