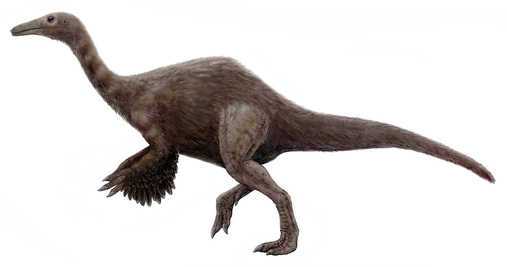 Deinocheirus was a large ornithomimid. At first, only it's 8 foot long arms and 10 inch claws were found. The whole animal is estimated to be about 30-33 feet long and weighed about 2-3 tons. Now, a more complete skeleton is known, showing this animal had a hump like structure. When scientists first saw the claws of Deinocheirus, they though it was a carnivore. But now it's thought that it was a herbivore. Deinocheirus also had some similarities to the related therizinosaurs. Deinocheirus lived about 70 million years ago in Asia.