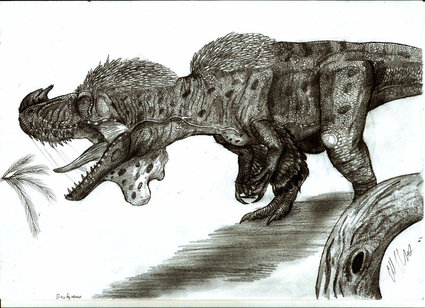 Sinotyrannus is one of the largest basal tyrannosaurs yet found. It reached an estimated 26-30 feet in total body length and weighed at least 1 ton. It had a large crest on it's head and long arms with 3 fingers. While these traits are rare among later tyrannosaurs, early tyrannosaurs commonly had strange features. Sinotyrannus lived in Asia around 125 million years ago.