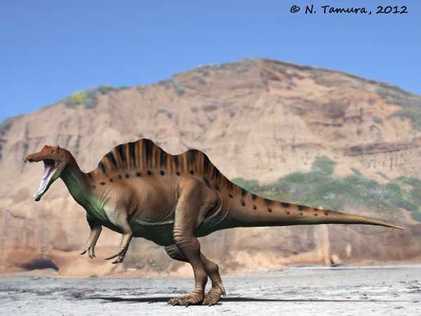 Oxalaia is a large, but somewhat poorly understood, spinosaur from Brazil. It reached a length of nearly 40 feet and weighed in the ballpark of 4 tons. Like other spinosaurs, it was somewhat lightly built for it's overall size. However, it's still the biggest spinosaur known from South America and possibly the second largest, next to Spinosaurus. Many reconstructioins of Oxalaia are highly speculative and based off of Spinosaurus due to the close relation. Oxalaia lived about 100 million years ago.