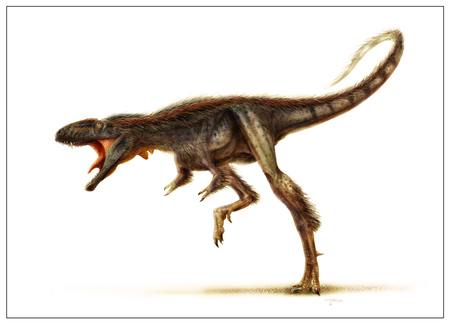 Raptorex is a small species of tyrannosaur. The only specimen is a juvenile that measured about 10 feet in length and would have weighed roughly 150 pounds. Some use this as support for the theory that Raptorex is actually a juvenile Tarbosaurus. However, if it's a separate species, an adult would probably measure about 13 feet and weigh roughly 200-250 pounds, still somewhat small. Raptorex is one of the smallest tyrannosaurs found so far. The exact age of the rocks that Raptorex was found in is unknown, although it did not live any earlier than 125 million years ago. This dinosaur lived in Asia. 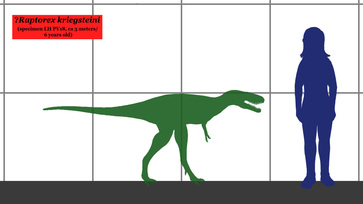