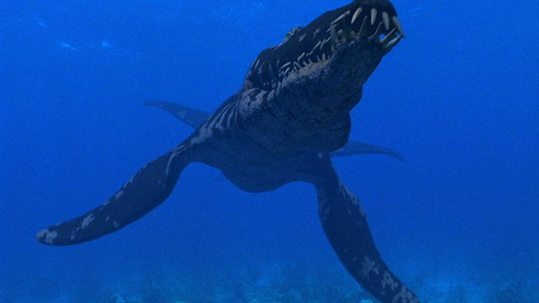 It may not be a dinosaur, but Liopleurodon lived at the same time as it's land dwelling cousins. The largest definitive Liopleurodon remains measure around 23 feet in length and would have likely weighed over 3 tons when alive. However, claims of far larger sizes persist despite scanty fossil evidence. Some other estimates suggest it could have been up to 60-85 feet long and over 75-150 tons. At this size, it's jaws alone could have been a staggering 16-20 feet long! Liopleurodon lived 150 million years ago during the Jurassic in the oceans around Europe and South America. 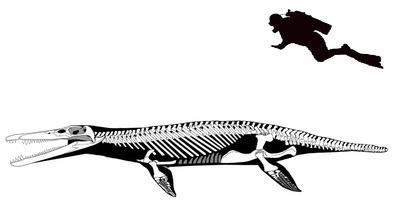