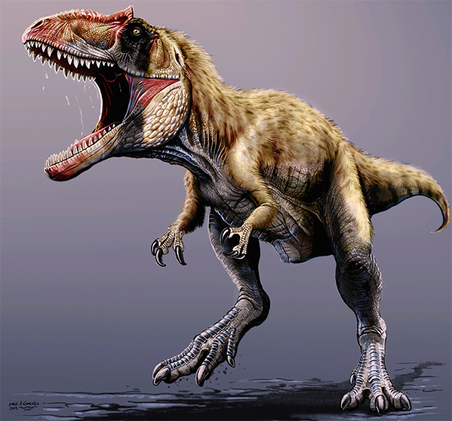 Siats is a recently discovered species of large theropod. The only skeleton discovered came from an individual that measured around 30 feet in length and likely weighed over 2 tons. However, it was likely not fully grown and an adult could've been substantially larger, perhaps as large as 40 feet and nearly 5-6 tons. In fact, Siats may be the third biggest theropod from North America, right after Acrocanthosaurus and Tyrannosaurus. Siats was the first really large theropod found on the continent in over 60 years! Siats lived roughly 100 million years ago as the apex predator.