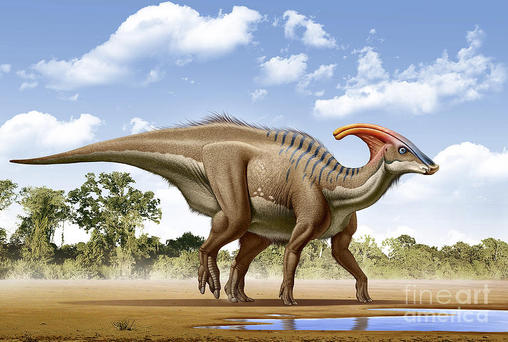 This was one of the strangest hadrosaurs ever. Parasaurolophus had a huge, 6 foot crest on it's head. It was probably used to make sounds to help these dinosaurs communicate. In fact, scientists have done tests on the crest of Parasaurolophus and have an idea on what it may have sounded like. This dinosaur was also very large, attaining a maximum size of well over 33 feet in length and 3 or more tons in weight. Parasaurolophus lived about 70 million years ago in North America. 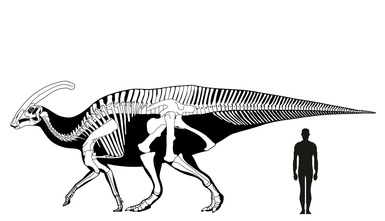