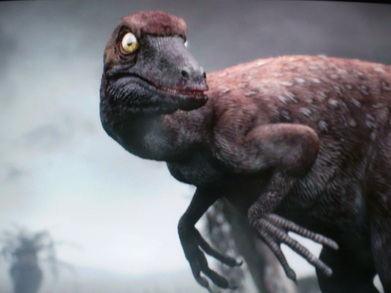 Bradycneme is a recently discovered species of possible troodont. It's been estimated to be roughly 10 feet long or so and probably weighed around 100-150 pounds. It's known only from a partial leg and a few other bones, so it's hard to get an accurate idea of what this dinosaur was like. Bradycneme lived in Europe roughly 65-70 million years ago.