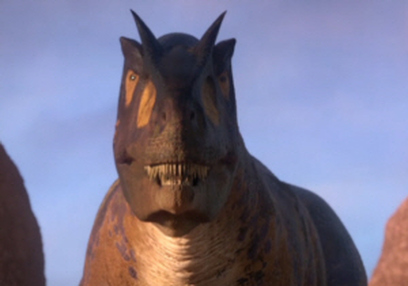 Saurophaganax was an extremely large allosaur. With many estimates putting it at 30-33 feet in length, with 36-40 feet as a maximum length, and over 3-4 tons in weight, it was among the biggest predators of it's time. It would have had a lot of competition though. It's close and equally large relative Allosaurus would have been a problem and the other large carnivore Ceratosaurus was present too. Saurophaganax lived about 150 million years ago in North America.