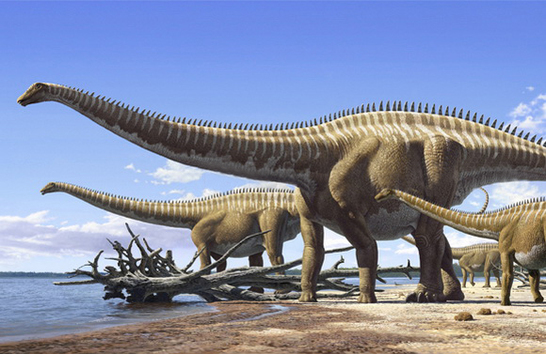 Even though Diplodocus was nearly 80-100 feet long, it only weighed 10-15 tons. Diplodocus had a neck that was nearly 26 feet long on it's own along with a 46 foot tail. Encounters with large predators like Allosaurus were probably common. It was one of the most common and best known plant-eaters during the late Jurassic about 150 million years ago. These dinosaurs roamed all across western North America.