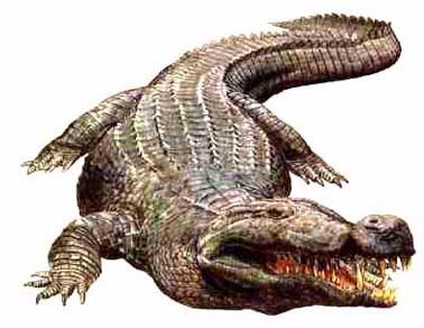 Deinosuchus was, next to Sarcosuchus, the biggest crocodile ever. It was actually more closely related to alligators than crocodiles, but was much bigger than both. Adults have an estimated length of 33-40 feet and weighed over 5-6 tons. Deinosuchus probably hunted dinosaurs along with fish, turtles, and other aquatic prey. Deinosuchus lived in North America roughly 75 million years ago.