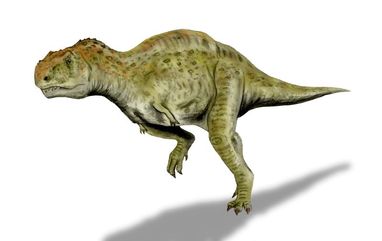 Kryptops is a new species of large, predatory dinosaur. It was discovered and described in 2008. This predator reached 23-25 feet in length and weighed about 2 tons. It is considered an early abelisaur. Kryptops was found near the similarly sized carcharodontosaur Eocarcharia. Kryptops lived 115 million years ago in Africa.