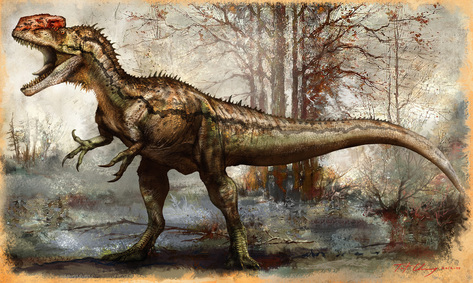 Monolophosaurus was a large megalosaur. This predator reached an adult size of about 16-20 feet in length and weighed around 1,000-1,500 pounds. The large, single crest on it's head was probably used for display, although the fossil record does not prove this theory. Monolophosaurus would have been one of the top predators in it's environment. Monolophosaurus lived around 170 million years ago in Asia.