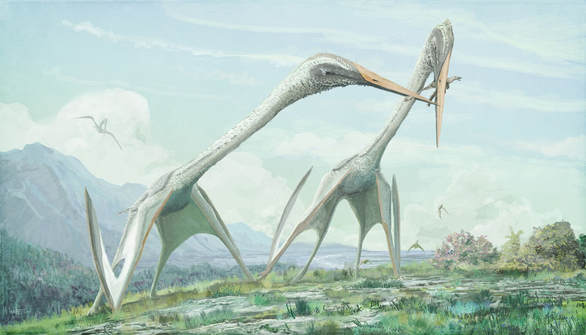 One of the largest pterosaurs yet found, Arambourgiania was a true giant. This pterosaur had a minimum wingspan of 23 feet, but it may have been as large as 36-40 feet. This animal is known from poor remains, so it's hard to say just how big it was. The bones that have been found show it was large and closely related to the other giant pterosaur Quetzalcoatlus, though it's neck was even more extreme. Arambourgiania lived in Eurasia around 70 million years ago. 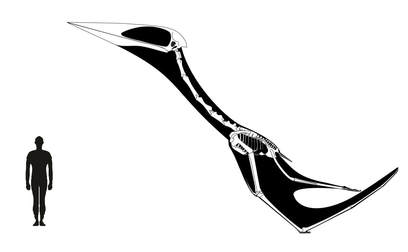