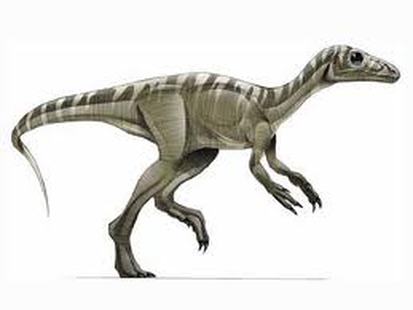 Eoraptor was one of the earliest dinosaurs. It lived 230 million years ago in South America. This meat-eater was only 3 feet long and weighed less than 20 pounds. It was fast though, reaching a top speed of 25 miles per hour. One of it's many primitive traits are it's 4 fingered hands. Eoraptor lived alongside the other primitive dinosaur Herrerasaurus. Herrerasaurus however, was 5 times longer than Eoraptor and would have hunted Eoraptor if it got the chance. 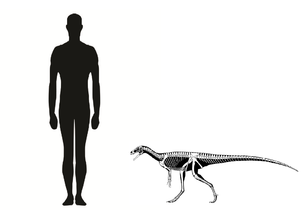