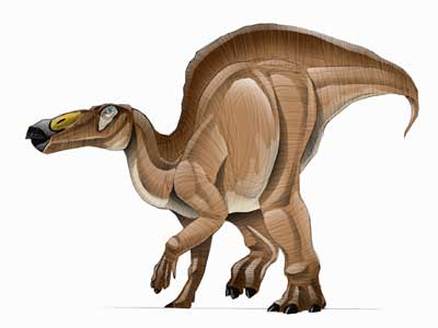 Huaxiaosaurus was one of the largest hadrosaurs ever. It reached an estimated 40-45 feet in length and weighed in at more than 6-7 tons. However, some say Huaxiaosaurus could reach 50 feet or more and weigh over 8-9 tons. While it's certain that it's a big dinosaur, what's not certain is it's validity. Many scientists consider Huaxiaosaurus to be the same creature as the other giant hadrosaur Shantungosaurus. Huaxiosaurus lived in Asia about 75 million years ago.