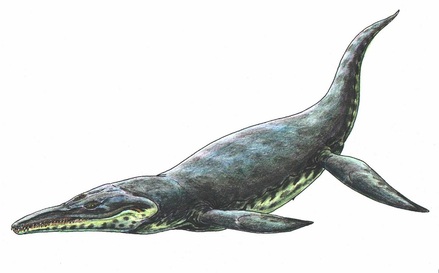 Kronosaurus was a massive marine predator. This giant measured roughly 30-33 feet in length, with some estimates putting it at 40 feet or more. Kronosaurus likely weighed between 10 and 20 tons. It's massive skull was 8-10 feet long on it's own. Kronosaurus would have been the top predator in it's ecosystem. Kronosaurus lived in the oceans surrounding Australia around 115 million years ago.