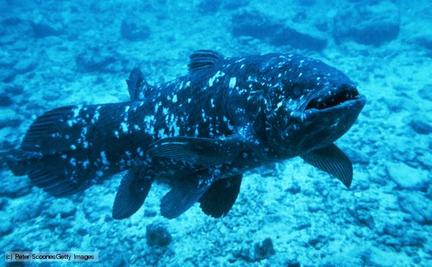 The Coelacanth is a species of lobe finned fish that first appeared about 400 million years ago. They were thought to have gone extinct about 65 million years ago until one was caught in 1938. Since then, two living species have been discovered. This fish is up to 6 feet long and weighs over 100 pounds. They have been found in the oceans near Africa and Indonesia. 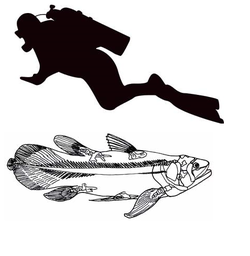