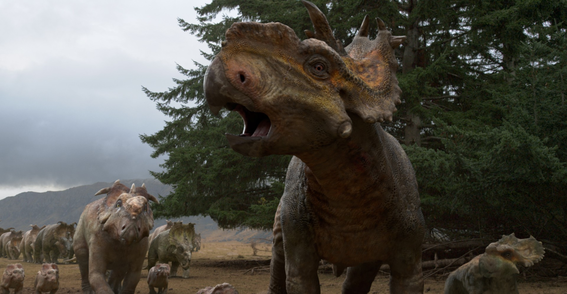 Pachyrhinosaurus was a large ceratopsian. Adults could measure some 20-25 feet long and weigh over 2-3 tons. One distinct feature of Pachyrhinosaurus isn't its horns, but rather its lack of horns. Instead, Pachyrhinosaurus had a very thick lump of bone on its snout. Many specimens of this dinosaur have been found, making it well known in the world of paleontology. Pachyrhinosaurus lived in North America about 70-80 million years ago.